Batteries with solid electrolytes have thirty percent more range and charge twice as fast. However, although a lot of money is being put into development, it will still be several years before the technology is ready for the market.

Electric mobility is progressing faster than expected. All manufacturers have announced that they will stop producing internal combustion engines sooner than they originally predicted. Factories are being retooled for electric vehicles, subcontractor supply chains are being changed and the battery factories that were unloved for many years are also sprouting up in Germany. No surprise really, since they produce lithium-ion batteries—the things that actually make electric vehicles “electric”. However, the power suppliers remain the Achilles’ heel when it comes to sustainable motion.

Much vaunted “super batteries” with exotic materials or lab cells with unbelievable power data have not been able to provide a remedy in the past few years. Now the hopes of battery developers lie in solid-state batteries—a lithium‐ion battery with a solid electrolyte.

It cannot leak or burst into flames and requires less technology to protect the cells against impacts and high temperatures. This saves space, weight, and money. In addition, by using metallic anode material (lithium) instead of the usual graphite, solid-state batteries achieve higher energy densities—theoretically up to 11 kWh/Kg. In practice, 1 kWh/Kg seems realizable, which is still four times higher than the current lithium‐ion batteries. This reduces the weight further by up to 30 percent with the same amount of energy. 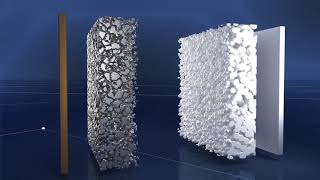 Opinions also differ with regard to solid electrolytes. The most commonly used are polymers (organic) and sulfides (inorganic). Solid Power, for example, is backing sulfide solid-state batteries exclusively. They have the highest conductivity and can be produced using conventional roll-to-roll methods.

Basically, the most important requirements for solid electrolytes are good ionic conductivity combined with a high electrical resistance and adequate mechanical “close contact” at the interfaces to the electrodes, which must remain structurally and electro-chemically stable during hundreds of charging and discharging cycles. The challenge is now to find material combinations that fulfill these requirements optimally. That costs a lot of time and money.

Enormous sums of money have been pumped into the development of solid-state batteries over the last years. Many battery and vehicle manufacturers believe the answer lies with startups. For example, BMW, Ford, and Hyundai are investing in Solid Power, Volkswagen in QuantumScape, and Renault, Mitsubishi, and Nissan in Ionic Materials. They hope that the experts for solid-state batteries will considerably reduce the time to market readiness. 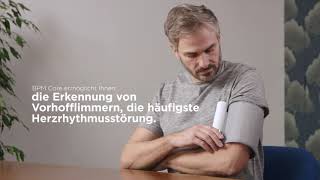 2025—the year when decisions have to be made

According to the Solid-State Battery 2021 study from Yole Développement, the first batteries could be available from 2025 and by 2027, production could increase to 2.36 GWh—which, however, is still a small volume compared to overall demand for lithium-ion batteries. Mass production of vehicles with solid-state batteries is not expected before 2030. According to IDTechex, the market could grow to USD 8 billion by 2031. A market which will no longer be mainly an “Asian” issue but will have become a global affair with regional interests and government subsidies. However, analysts do not expect to see a major swing to solid-state batteries quite as soon.

But in some cases, things do seem to be moving at a faster pace. For instance, BMW recently promised the first prototypes of electric cars with solid-state batteries “well before 2025”. The Solid Power partners plan to deliver the first qualification tests with 100-Ah cells already in 2022. With conventional lithium-ion processes, multi-layer solid-state batteries already run with 20 ampere hours (Ah) capacity from a roll-to-roll production line.

Chinese startup NIO is more advanced and has announced that the ET7—the first mass-produced vehicle with a solid-state battery—will be launched on the Chinese market at the end of 2022. The company claims that the solid-state battery installed in the top-of-the-range model, with an energy density of 360 Wh/kg, will give the vehicle a range of 1000 kilometers. However, the CEO recently stated in an interview that it is actually a “semi-solid-state battery”.

Twenty-one Mercedes-Benz eCitaro electric buses have been in use at ESWE Verkehr, the public transport provider in Wiesbaden, Germany, with “complete” solid-state batteries since the beginning of February. The batteries were supplied by the Bolloré subsidiary Blue Solutions. They are based on a solid electrolyte, a lithium-metal anode and a standard cathode, as in conventional Li-ion batteries – apart from the fact that iron phosphate is used instead of NMC (lithium-nickel-cobalt-manganese). However, depending on the application, the LMP batteries have to be operated at temperatures between 50 and 80 degrees Celsius.

And what is Tesla doing? Elon Musk is backing better lithium-ion batteries with liquid electrolytes such as those from CATL—at least that is the official statement. However, Martin Eberhard, co-founder and former CEO of Tesla, recently observed that the solid-state electrolyte technology from ProLogium was the most exciting new development that he had seen in this area.