Solid-state batteries on the long path to mass production

Batteries with solid electrodes are to put an end to range and charging time woes that come with electric mobility. But what worked well in the lab is vehemently resisting upscaling.

Electric mobility is progressing well—even better than was expected a few years ago. This is despite the fact that it is still plagued by low ranges and long charging times. Both of these issues will be a thing of the past by the end of the decade thanks to solid-state batteries. This is possible thanks to electrolytes made of solid material. The technology that protects the cells against impacts and high temperatures is therefore redundant. This saves space, weight, and money.

In addition, by using metallic anode material (lithium) instead of the usual graphite, solid-state batteries achieve higher energy densities—theoretically up to 11 kWh/Kg. In practice, 1 kWh/Kg seems realizable, which is still four times higher than the current lithium‐ion batteries. This would reduce the weight further by up to 30 percent with the same amount of energy.

Last but not least, the solid electrolytes would also make the flammable and leaky lithium-ion batteries a thing of the past.

A battle of materials for better batteries

Canadian energy supplier Hydro Quebec is focused on developing an ultra-thin lithium metal foil to use as an anode. Meanwhile, the battery experts from TNO in Eindhoven are working on optimized three-dimensional surface structures.

Opinions also differ with regard to solid electrolytes. The most commonly used are polymers (organic) and sulfides (inorganic). VW partner QuantumScape, for example, is combining ceramic electrolytes with lithium-metal anodes. BMW and Ford partner Solid Power, meanwhile, is using exclusively solid electrolytes based on sulfide that can work with various anodes—such as those made from lithium metal or with a high silicon content. Taiwanese battery manufacturer Prologium, in which Mercedes recently invested tens of millions, is focusing on electrolyte layers made of ceramic. And the Factorial Electrolyte System Technology (FEST) from American company Factorial Energy—as of recently a partner of Mercedes and Stellantis—is focused on an as yet unspecified solid electrolyte material that they developed themselves. 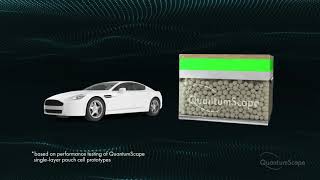 According to experts, there are more than 40 billion theoretical combinations for electrolytes and anode or cathode materials. Finding the right ones is practically impossible to do “manually.” For that reason, a research group from the Helmholtz Institute Ulm is dedicating itself to “high-throughput material research” with robots and artificial intelligence. They intend to automatically produce, characterize and optimize materials around the clock.

The think tank funded by the Federal Ministry of Education and Research (BMBF) “FestBatt” is also on the search for the right mixture. The first step of the agenda concerned the scientific basics of synthesizing solid electrolytes as core components of solid-state batteries. The second phase now focuses on the cell components as well as the entire solid-state battery cells, and on the material and process technologies this requires. 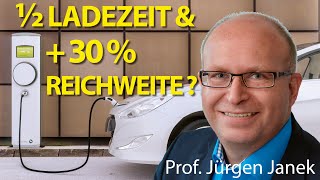 For example, the joint project “FB2-Oxide” is developing oxide ceramic battery cells. The solid-state electrolyte and active materials required for this are manufactured using scalable processes and adjusted specifically to the requirements of solid-state batteries. The further processing of the ceramic components into battery cells is carried out using manufacturing processes based on film casting, new sintering technologies and laser deposition.

“FB2-Poly” is researching into polymer and hybrid electrolytes, which show great potential due to their mechanical properties and processability. The topics include the optimization and expansion of the material basis, in particular with regard to rapid charging and lowering the operating temperature. Concepts for polymer-based battery cells with lithium-metal anodes or “anode-free” variants are implemented in a single or multi-layer approach including “hybrid” cells and materials.

“FB2-Hybrid,” meanwhile, combines the advantages of the different solid-state processes in the form of hybrid electrolytes. This makes it possible, for example, to operate solid-state electrolytes without additional external pressure.

The work of the “FestBatt” project is another step on the path to the long awaited mass production of solid-state batteries. But it may still be years until all of the scientific and technological challenges are solved.

According to the Solid-State Battery 2021 study from Yole Développement, for example, the first batteries could be available from 2025 and production could increase to 2.36 GWh by 2027. The mass production of vehicles with solid-state batteries is expected to begin no sooner than 2030. Statista then expects the total global demand for lithium-ion batteries for electric vehicles to be 1,525 GWh.

The world’s largest manufacturer of battery cells for electric cars Contemporary Amperex Technology (CATL) from China also expects the first practical rechargeable batteries to be available in 2025, which will be able to keep up with current lithium-ion rechargeable batteries in terms of storage capacity. However their market share is only expected to grow by one percent by 2030. After this will come a second generation with new cathode and anode materials, and a third generation no sooner than 2035.